Our home loan glossary is here to help you cut through the jargon. 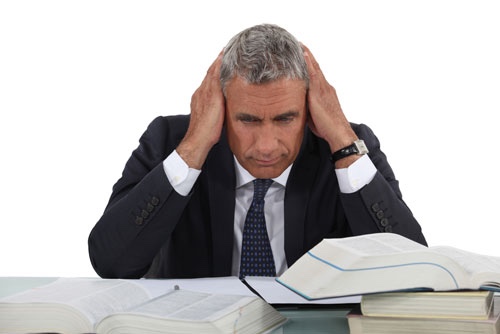 Average Annual Percentage Rate. The mortgage comparison rate or true rate. Used to compare the actual rate of a loan taking into account the annual nominal interest rate, the compounding frequency and the upfront and ongoing fees

To agree to terms of an offer or contract

The ways in which you are able to get to your funds, e.g. ATM, EFTPOS

The housing affordability is measured by an index known as the Housing Affordability Index which is the ratio of average household disposable income to the income required to meet payments of a typical dwelling. The higher the number, the more affordable the property.

A loan, generally with a variable interest rate, that allows salary or income crediting directly into the loan account and then the withdrawal of money from that account for day to day expenditure. The longer unused funds stay in the account, the greater the interest saved.

The fees which are charged by a lender to cover their internal costs of setting up a loan approval.

An overdue account which is yet to be paid

A statement of assets and liabilities of an individual or organisation at a given point in time. Now officially referred to as ‘Statement of Financial Position’

A variable loan at a reduced rate and generally with fewer features than a standard variable loan. Also known as a “simple” or “no-frills” loan.

Penalties charged by a lender when a fixed rate loan is paid off before its term to compensate for economic loss.

Generally, the net amount of money received by an individual or company, in a certain period taking into account income and expenditure.

The document which details the land dimensions, ownership details and encumbrances which may be placed on it

Where various loans come under the same banner to form one loan. This can involve both a product mix and/or a fixed and variable interest rate mix

The prescribed method by which credit providers, brokers and related suppliers of consumer finance give AAPR information to prospective borrowers

A loan specifically granted for the purpose of funding a building of a new dwelling. As a general rule money can be drawn as required so that payments can be made as necessary.

A legally enforceable agreement between individuals or entities

The legal process for the transfer of ownership in real estate. This is normally carried out by a Settlement agent or a Solicitor.

Borrowed money to be paid back under arrangement with a lender. Also a sum of money paid into account.

The maximum overdraft a borrower may have on an account, such as a credit card amount.

Interest calculated on a daily basis and therefore varies according to the daily account balance. The majority of loans calculate interest daily.

Failure to meet a debt payment by a due date

The rate a loan reverts to automatically at the end of any fixed period. In many cases a fixed rate loan will revert to the standard variable rate.

A fee which is charged when a loan is paid out within a short period of taking it out, normally between 2-4 years.

Any income left over after all expenses have been met, such as mortgage payments and bills.

To access available loan funds, especially referring to Lines of Credit where the limit is set and the funds can be used as required.

Acronym for Electronic Funds Transfer Point of Sale. This facility allows consumers to use ATM cards to make purchases and often withdraw cash at the point of sale of goods.

The percentage or amount of an asset which is actually owned

Acronym for First Home Owners Grant. Introduced in 2000 by the federal government to offset the impact of GST, it is available for the first time purchase of owner occupied property in Australia.

A legal document used to protect, or secure, by way of mortgage, a specified unencumbered property establishing first priority of claim on the title.

An Interest rate set for an agreed term

A facility which allows banking transactions to be conducted through the post office. Normally non-bank lenders utilise this system as they have a lack of a branch network.

The cost of borrowing or the reward for lending. Generally interest rates are expressed as a percentage of the principle, which is the amount borrowed or lent.

A loan where the principle is paid at the end of the term only and only the interest charged is paid during the term. These loans are usually for a short term of 1-10 years.

When banking transactions such as transfers, payments and often home loan applications can be made via the internet.

A loan which is offered at a reduced rate for an introductory period (usually no longer than 12 months) to new borrowers. This period may also be referred to as the “honeymoon” period, hence honeymoon rate loans.

A loan used for the purchase of an investment

A property purchased for the sole purpose of earning a return on the investment, either from rental yield and/or capital gain.

A form of property ownership that is very common between married couples, although not just restricted to this group. The legal effect of joint tenancy is that ownership automatically passes to the surviving joint tenant. Unlike Tenants in Common, neither can dispose of his/her share by will.

A form of insurance taken out by the lender to cover themselves in the event that the borrower defaults on their loan and the sale of the asset is unable to cover the debt. Generally LMI is payable by the borrower where the LVR is over 80%. On fully verified loans and 70% on Lo-Doc loans.

Debts owed by an individual or an entity

A flexible loan arrangement with a specified maximum limit. Usually can be readily drawn down and paid into at a customer’s discretion. Many people use a Line of Credit to gain easy access to equity in their property.

Sometimes referred to as an ongoing fee, it is a management fee charged over the life of the loan

Acronym for Loan to Value Ratio. It is the amount lent top the valuation of the security (usually property and expressed as a percentage)

A document drawn up between a borrower and a lender setting out the terms and conditions of the loan and giving the lender conditional right to property as security for the money lent. Where real property is the security, the mortgage is registered on the title deed.

The one who borrows the money and offers the security

Savings account run in conjunction with a home loan. It enables interest earned on the account to be applied to the interest on the loan to reduce the interest paid. For example if you have a mortgage for $100,000 and $10,000 in your mortgage offset account you will pay interest on only $90,000.

A state government fee charged for the registration of a loan

The purchase of a property before it has been completed, i.e. after only seeing the plans and not the finished product

A legal document that specifies the price for the product, time limits for finance approval and settlement and details all parties involved, i.e. the buyer, seller, real estate agency, financier and settlement agent.

Acronym for Pay As You Go. Designed and implemented to ensure that individuals pay their income tax at the same time, and the payments align more closely with current trading conditions. Most people employed by a company on a salary or wage will pay their income tax via the PAYG system.

An automated phone system which allows banking transactions such as transfers, payments and deposits to be made over the phone.

A loan feature which allows the substitution of a new dwelling as collateral security for an existing one.

The capital sum borrowed on which interest is paid

A loan in which the repayment consists of both principle and interest components and the entire loan amount is repaid gradually over the term.

This term refers to “real” property that is land, land and buildings or home units. Or it can refer to “personal property” such as motor vehicles or home contents.

The process or replacing or extending an existing loan with funds from the same or different lending institutions.

A loan used for predominantly (more than 50%) for personal, domestic, household or residential investment purposes, which is subject to and must comply with the National Consumer Credit Protection (NCCP) Code.

An asset, such as property, that guarantees lenders their borrowings until the loan is repaid in full.

A term loan that comprises of two or more different product types. For example, a split loan may be 50% variable and 50% fixed interest.

A home loan with a variable interest rate usually with comprehensive features such as redraw, flexibility in repayments etc.

A form of ownership comprising equal or unequal holding of property where each party can dispose of his or her share by will or in whatever way he or she wishes, without consent of the other party.

The length of a loan or a specific portion of a loan. For example, the full term may be 30 years but there may be a fixed term of 3 years.

The process used to ensure ownership and to make sure that the seller has the right to sell and transfer ownership.

Charges for any transactions conducted such as withdrawals, transfers and deposits

A loan which is used predominantly (more than 50%) for business or non-residential investment and is not subject to the National Consumer Credit Code (NCCP).

A report detailing a professional opinion regarding the worth of a security, property or other asset carried out by a valuer who is registered