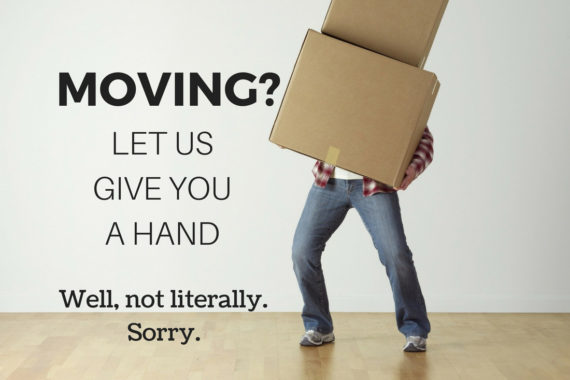 Back-breaking furniture, perilously narrow staircases and chipped crockery – the idea of moving house strikes fear into the hearts of most. But with careful planning it doesn’t have to be a nightmare.

So you’ve just secured the home of your dreams? Congratulations. Now the fun really begins.

The good news is that knowing how to move properly will help ease the gigantic task ahead.

So to help you keep your sanity, here are our top five tips to guarantee less mess, less stress, and ultimately, more moving success.

A moving budget doesn’t just help manage the cost of moving, it also acts as a checklist to make sure you haven’t overlooked anything.

Besides the obvious expenses like removalist fees and utility connection costs, it can also help you remember things like redirecting your mail. Here’s a good rundown from ASIC’s MoneySmart website on some costs to expect.

Moving is often the perfect time to get rid of any stuff you no longer want or use.

Go from room to room and work out what items you can offload at a garage sale to make some extra cash. Not only will you save on removal fees, but the extra cash can go towards paying for the removalist.

Sure, offering friends pizza and beer to help you move is one way to do it, but you’ll still probably need an expert hand. If so, ring several different removalists and compare both the quotes and the insurance coverage.

Be sure to enquire as to whether there are any additional fees – for example, if the move takes longer than expected.

Also ask if they offer moving supplies as part of the deal as this can help you save money on boxes and tape.

Moving house isn’t something you want to squeeze into a two day weekend.

Talk to your boss about taking an extra day or two off to move, and think about putting the kids in childcare if necessary to make the day less stressful.

How you pack will help you when you’re unpacking so keep in mind a few things.

Pack boxes with heavier items on the bottom and don’t overfill a box – weight limits are there for a reason.

Newspaper makes great fill for packing boxes, as do tea towels and dishcloths.

Keep a list that labels and numbers every box as you pack it to keep track of the items in each box. This is important in case anything is lost, and ensures you don’t unpack the garden tools in the kitchen.

We’ve seen our clients and have also ourself prepare for the big house moving day before. So if you’d like any extra tips or advice, be sure to get in touch. And yes, apologies in advance, but it’s a darn shame – we’re already busy that day… 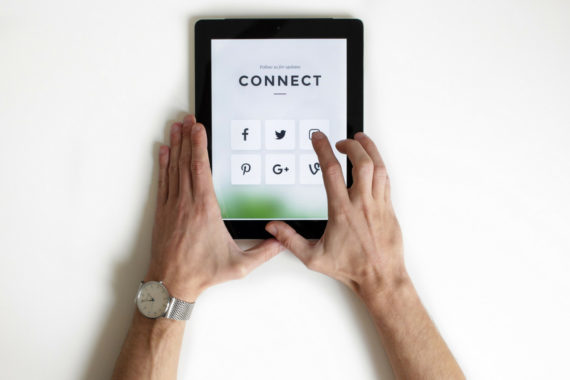 The top five advantages of using a mortgage broker

Shopping, watching a movie, catching up on the news – there are many things that are cheaper and easier to do online these days. But obtaining a quality home loan? Well, the only time you’ll want to use the internet for that is connecting with an expert.

When it comes to picking a home loan, people tend to go for one of three options: search online, visit their bank, or use the services of a mortgage broker.

Here we look at five reasons why a mortgage broker is hands-down the best option to find the right home loan for you:

1. We work for you, not for an institution

We brokers are independent professionals who have access to home loans from a wide range of different lenders (30+).

A bank will only offer you access to its own products, which may not necessarily be the best fit for your personal situation.

A broker works on behalf of the client, picking suitable products from a number of different lenders in order to give you the best choice.

Brokers are specialist professionals who concentrate on finding suitable home loans for their clients.

Our processes are often simpler and much faster than you can expect from a bank, where processing and approval can take weeks.

3. You have more chance of success

When you work with a broker, you are given access to dozens of home loan products from various lenders.

This means there’s a far greater chance of finding something suitable, rather than simply relying on the products of a single institution.

We also know which ones you’re most likely to have success with, which can save you countless hours of applying online yourself.

4. Our livelihood depends on great service

Most brokerages are small, independent business owners who know that good reputation and word-of-mouth advertising are vital to their continued success.

That’s why our number one incentive will always be to deliver excellent results and impeccable customer care.

5. We do all the hard work for you

So you’ve just picked out the home of your dreams. You should be spending time comparing wallpaper patterns, not figuring out how to file all the paperwork.

Fortunately, we take care of all the paperwork on your behalf, making the lending process as simple, fast and convenient as possible.

If you, a friend or a family member is looking at purchasing a home in the near future, then get don’t hesitate to get in touch.

By making the process of finding finance easier for you, you’ll have more time to use the internet for what it was truly made for: online shopping, watching a flick and catching up on the news! 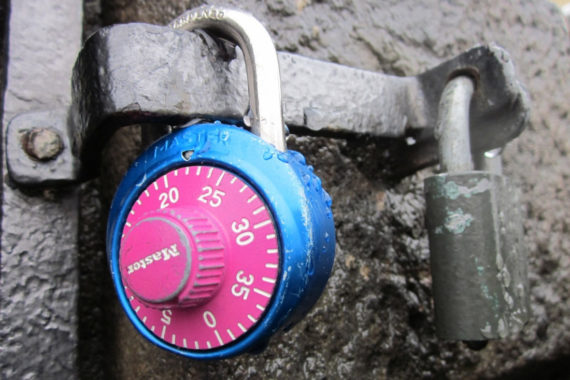 Home loans: to lock in the rate or not?

With some of the major lenders recently lifting interest rates on variable home loans, we’ve had a number of enquiries this week as to whether now is a good time to lock in an interest rate.

NAB was the only Big 4 bank not to hike up rates, citing a need to “rebuild trust” with customers.

Yet with the bulk of the market moving variable rates up, many are asking: is now a good time to lock in an interest rate?

Well, like everything in life, the answer depends on your personal situation.

A fixed home loan has an interest rate that’s fixed at the time the loan was taken out and won’t change for a set period – usually one, three or five years.

Having a fixed home loan means that rate rises won’t affect you.

Selecting a fixed home loan can give you a sense of clarity and certainty, and as such, will help you budget and plan ahead.

So, while others are grumbling about rising interest rates, you can be content knowing you won’t be affected. That said, future interest rates rises are never a foregone conclusion.

You might prefer a fixed home loan rate if you:

– Believe interest rates will rise in the future

– Are comfortable with the interest rate you are committing to pay

– Are concerned that you would be unable to make your repayments if rates were to rise.

A variable home loan has an interest rate that changes. Instead of staying at a certain fixed level, the rate will move according to market interest rates.

As a result, your repayments will either rise, fall, or fluctuate over the term of your loan. This means that sometimes you’ll pay more than a fixed loan, while other times you’ll pay less.

Variable loans can come with advantages linked to their flexibility.

For example, it can be cheaper and easier to switch loans if you find a better deal elsewhere than it would be if you had a fixed loan.

Often you’ll also be able to make extra repayments on your loan at no additional cost, which can help you pay off your loan more quickly.

You might prefer a variable home loan rate if you:

– Suspect interest rates will stay put or fall over time

– Are confident you could manage a rate rise

– Don’t mind having some unpredictability in your financial planning.

Still on the fence?

With so much at stake it can be difficult to decide on the best option. The solution? Come and have a chat with us.

Discussing your individual circumstances and financial goals can help you decide whether a fixed or variable loan is right for you.

And if a fixed loan is not right for you, we can look into other refinancing options to see if there are other lenders out there offering a better home loan rate than the one you’re on. 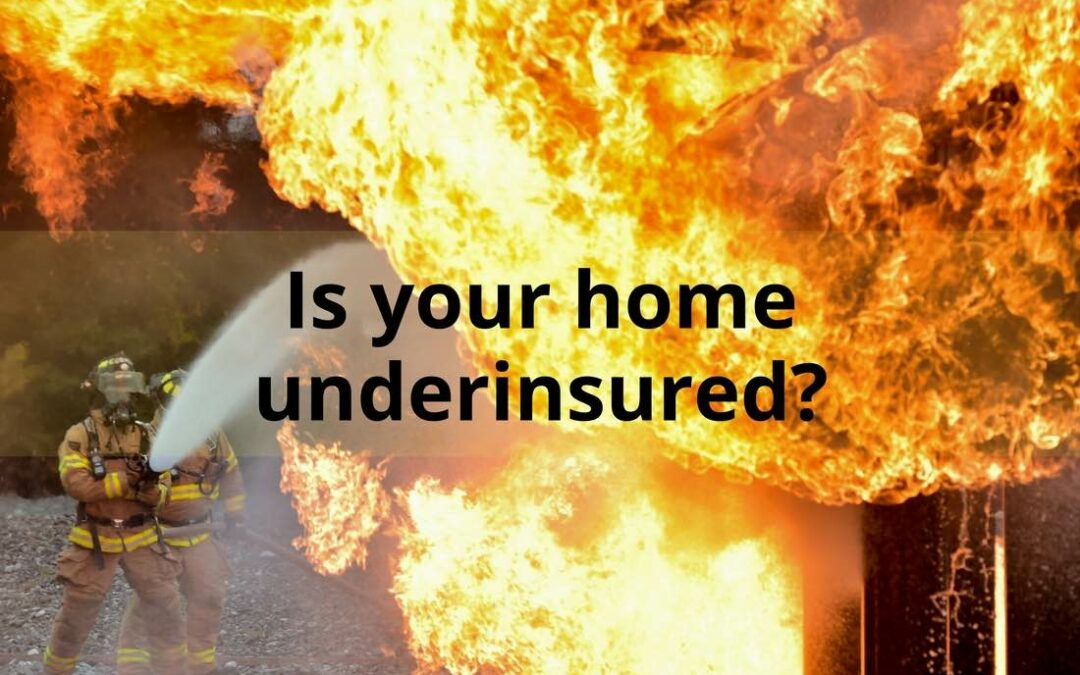 Avoid underinsurance in your home 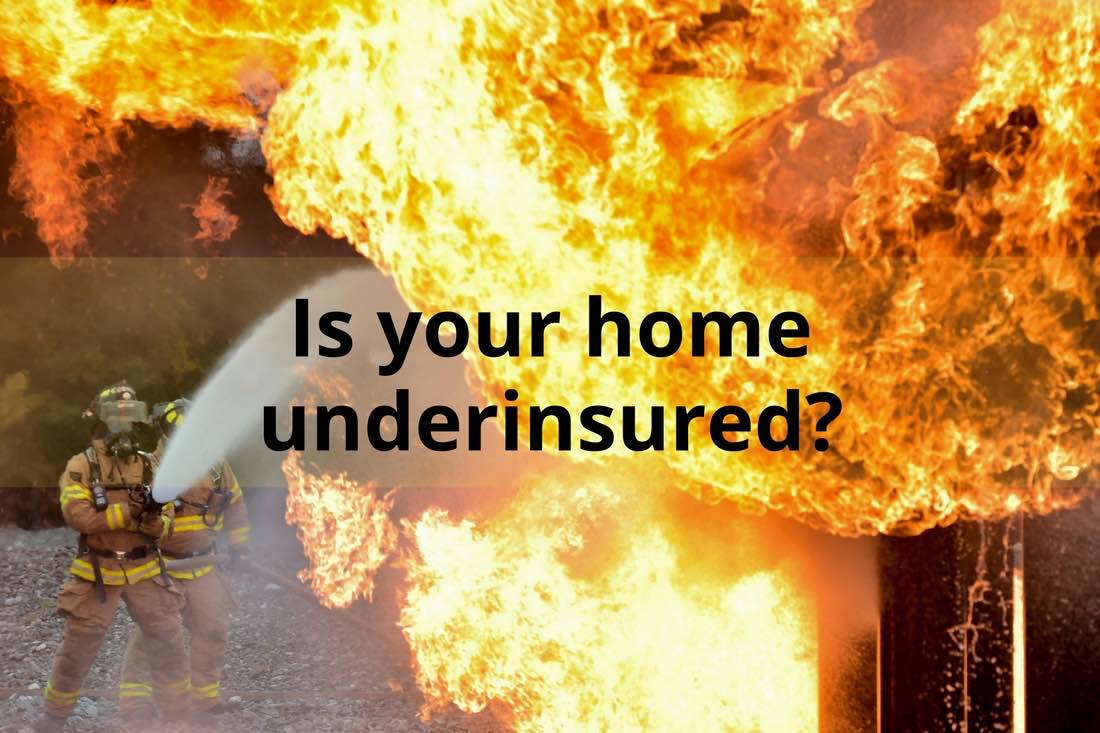 Four out of five Australian homeowners are underinsured, but most don’t realise it until they need to make a claim.

We live in a country prone to disasters and risks.

Have a house near a waterway? Floods can sweep it away. In the country? There is always the chance of a bushfire. Suburbia? You never know what thieves may take while you’re away on holidays.

Most people don’t worry too much about these risks because they have home and contents insurance.

However, most people also don’t know that they are probably underinsured, which means that if the worst occurs, there will be hefty bills to pay.

After all, when you’re working so hard to pay off your mortgage, you don’t want bill-shock derailing your progress.

What does it mean to be underinsured?

Underinsurance occurs when the value of the items you’re insuring exceeds the value that you have insured them for.

Generally speaking, if a property is insured for 90% or less of the rebuilding costs, it is underinsured.

Many Australians only discover this once they need to make a claim – and by then, it’s too late.

How could it affect me?

Chances are, if you haven’t updated your home and contents insurance in several years, you will be underinsured.

In fact, according to the Insurance Council of Australia, more than four out of every five Australians are underinsured, risking their homes, valuables and savings in the event of a disaster.

And of course, this is just underinsurance. There is also an astounding 23% of Australians who have no home and contents insurance at all.

How can I avoid it?

If you don’t have insurance, it’s a no-brainer: look into it.

If you are insured, here’s a quick checklist to ensure you’re sufficiently covered:

Get in touch and we’ll help ensure you’re not underinsured. That way you can sleep soundly at night knowing there will be no nasty surprises preventing you from paying off your mortgage.